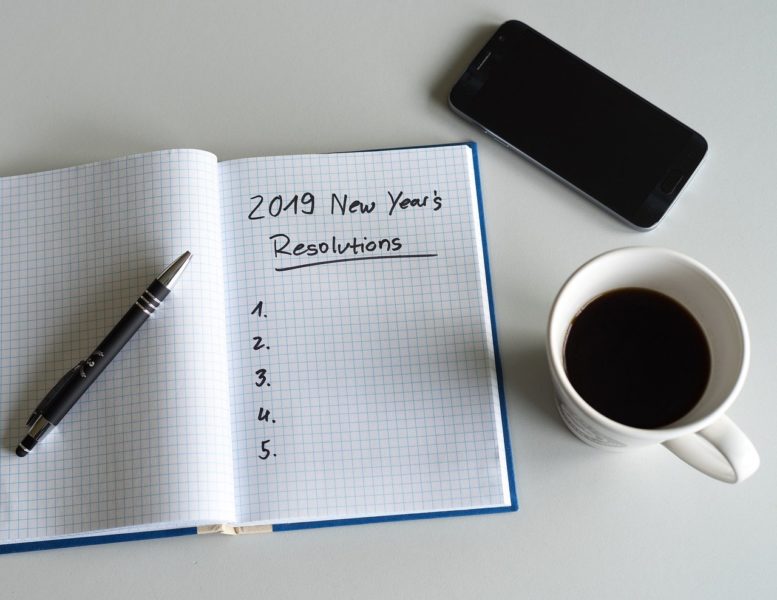 The year is coming to an end and some people are already planning their New Year‘s resolutions. In addition to many personal things, some of you are also wondering at the end of the year whether you are happy in your current job – IT people do that like everyone else.
Of course, we are doing well compared to many other industries. Nevertheless, we all know that we just have to raise our hands once and can start working somewhere else tomorrow (let’s call it a shortage of skilled workers for the sake of simplicity).

The others are (not) better!

Changing the job is always a big step. We are promised heaven on earth in job advertisements – but is that really true?
For many of us the stories other Devs* are telling us are mostly decisive – at meetups, at conferences, …. A cozy chat usually shows us what we actually like or dislike in our current position.

So if my employers behavior is obviously below average and Person X tells me over a beer that exactly my pain points would have been blown away if I just change my job to their company, then I would tend to do it.
Once the pain point has been identified, you can decide: fight or resign.

If I make an effort, I can(‘t) change things here!

This point is also very much related to the next paragraph (appreciation).
Let‘s say I noticed what bothers me – maybe I’m even very lucky and can talk to an experienced team coach or agile coach about it. Then they might ask me something like “What would have to change so that you don’t want to resign your job anymore?” and after two days I might have the idea that a monthly internal hackday would make me really happy.
We could all work together on cool projects for a day.
Admittedly, the more “rusty” the companys processes, the more difficult it is to convince the supervisor – because in the worst case scenario, they can only see one day lost for the whole department.
But let’s assume the opposite: The boss wants to try it at least once. Everything is working great, new technologies are being tried, someone is bringing their Rasperry with them and the meeting room is getting a clever booking system right at the door!
The hackday becomes an integral part of the corporate culture. Maybe some colleagues even remember that that was my idea. But it doesn’t really matter: I can change something here if something bothers me or I just have a brilliant idea! So I have no reason to resign my job immediately if something bothers me, because I can change it instead and stay in my familiar surroundings at the same time!

(Lack of) appreciation and communication

Let’s construct a (seemingly) simple case here and say: What bothers me is that I always have to go to the HR office to get coffee because the coffee machine is there.
Then I can go to my boss and tell him that it bothers me. Or even better: I tell them what bothers me! I don’t like the HR people but always have to talk to them? Is the way too far for me and my knee hurts? Does that pull me out of the “focus tunnel” too much?
And it is even better if I make a suggestion straight away. For example, could you please place the coffee machine somewhere in the middle of the office space?! Or buy a second machine for the IT department?!
The interessting thing is that the actual solution has less of an impact on my well-being than the reaction from the leadership team.
If they would now explain me in a calm way that HR has financed its machine itself and that putting it in a different room would be as unfair as buying a new one – okay. And wow, it‘s really nice that HR always allowed me to use their machine! They’ll get cakes from me soon 🙂
But if the reaction is simply “That doesn’t work!” (adorned with how ungrateful IT is), then the world would look very different!

The result is the same: If I want coffee nearby, I have to bring my own machine. In the first scenario, however, no straw was added to the camel‘s back (nice colleagues, fair bosses) and in the other scenario it might have been the last straw (unfair bosses).
No matter how stressful it is – as a manager you have to communicate and be appreciative!

For me personally, this was almost the last straw which broke the camel‘s back. I would like to write a little more about this here.
Almost every day I get messages from employers and headhunters who are looking for me as a new developer for other companies: With more responsibility, more money, more scope, more vacation, more flexibility, more of something.
After about 2 years in my company, I had an annual feedback meeting in which, among other things, the next annual salary is negotiated.
I earn enough for my desired lifestyle.
And I guess: That’s exactly what most of us IT professionals want. Being able to pay for the choosen lifestyle without any worries.
Back to the story: Sometimes my boss annoys me, but 95% of the time we make all decisions within our small team anyway – so my boss and I don’t have to be best friends. Everything was fine so far. So during the annual feedback (which is a much too long period anyway) I wanted to at least compensate for inflation and everything would have been fine.
So we sit down with our filled questionnaires and it turns out that there are no major disagreements. Everything is going well. My boss had no single major criticism. And yet I shouldn’t get any financial improvement, no more vacation days, not even a 20 bucks amazon voucher as a bonus.
And then I was mad – I have been working for this company for 2 years and am not worth more than at the beginning? There was no point of criticism that explained this behavior and I knew that other colleagues had received a raise. Yes, dear employer, we Devs talk about like this, even if not necessarily always using concrete numbers!
If my boss had given me a reason for their decision and offered me something, everything would have been ok. Instead, there was no justification and arguments were simply ignored. After talking to HR, I tried again after situation calmed down a bit and asked the boss if the company was having trouble or if there was another reason. Whether we should negotiate a different improvement instead of money. Same reaction: “Nope, it is just not possible.”
Well, and then I had a trial day somewhere else. In my view: completely unnecessary.

This is (not) my family!

One of the main reasons why I’ve been with my current employer for so long is definitely my team!
I wouldn’t go that far and call it my family. But we are similarly diverse characters and familiar with each other:
We are a very mixed group – both culturally and privately. We have very different hobbies and different views on many topics. And we talk about it very openly and honestly. To be honest, we haven’t found a taboo topic yet. Whether menstrual cups or “Does that really have to be a ValueObject or is an integer enough?” – we can speak respectfully about everything and at the same time often appear very disrespectful to the outside world but among us we know that “your mother!” is not an insult. And yes, from the outside it has led to .. “Inquiries” a few times.
For me personally, this somewhat crazy constellation is a reason to stay.
If we were a faceless crowd in suits, I would most likely have resigned.
But since we have a certain share of our own recruiting process, it won’t happen that quickly 😉

In addition, our employer supports cross-departmental activities.
On the one hand we have an open space day, in which people from different departments take part. Then you always find out what other problems are currently happening and usually someone has a good tip, experience in the field or a small MVP is planned and built. An action that would not exist without the efforts of our Scrum Masters. I appreciate it very much.
On the other hand, we support a wide variety of external activities. A few sports are free and the company contributes to other events (painting courses, wine tasting, …). This is how you get to know people from other departments privately – especially in quite anonymous metropolitan areas and especially for newcomers, that’s really good.

I’m interested: Why are you staying in your company? Do you have things that you particularly appreciate at your job? What was your last reason for changing the job? What ae you missing in this article?
Feel free to post your answers using the hashtag #PHPamily!

*) This blog post was published in German and English on different platforms. I tried (especially in the German version) to use as many gender-neutral terms as possible without disturbing the flow of reading. This is not so easy. Where this has not been successful: Of course, all job descriptions mentioned in the article are meant to be gender-neutral.