I’ll start with Gero, who I started my studies at university with. After a short time there, we both ended up doing IT stuff for the student body; setting up computers and such stuff.

However, after our first attempts at the intermediate exams I took some time off, and he started studying something else. But, during my time off, he one day asked me whether I’d like to do some web-dev work for a university department.

Up to that point I had worked with FileMaker and 4D, and also dabbled with FoxPro (yes Cal, me to 😉). I’d made some static websites as well. But my work with dynamic websites ended with my first encounter with Perl.

But he was convinced that I could do it. So, I bought myself a book on MySQL and that PHP-thingy he told me about. And on the 1st of August, 2001, I started doing web development with PHP and MySQL.

Besides my studies, I did all the things you shouldn’t do. I created my own Framework. I kept in my small bubble. And I only slowly started to realize that there must be others out there like me.

However, with time, I subscribed to the German PHP Mailing list and even had a brief encounter with an English Newsgroup. It was a great time – even though the product I was trying to create never launched.

And then 3 years later I graduated and went looking for a job. As a direct result of all the things I’d experimented with during university I got one. Actually, it’s the one I’m still doing!

I wasn’t employed for programming though, but soon they realized I could. So I started doing PHP again; a small fix for the intranet here, an interface to edit stuff there. 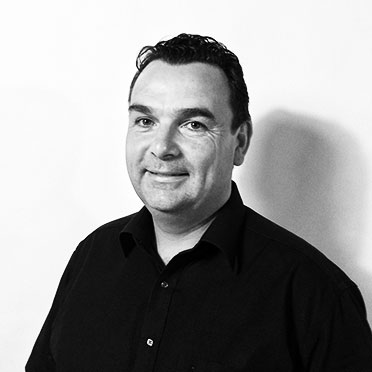 And during that time my second friend, Darren, appeared. He was hired in our web development department (which I wasn’t – and still am not – part of) to bring in and adopt more modern methods.

One day he organized a workshop with Sebastian Bergmann where he invited me to participate in. That was my first encounter with modern development practices in PHP.

From what I recall, I was the only one who understood what was going on. The tools that Sebastian showed us were awesome, and helped me improve a lot of code I had recently created.

After that workshop I started testing, I set up Jenkins and Selenium-Tests. I even used it on a daily basis in my development work.

And then one day Darren invited me to a usergroup meetup at the university. I felt a bit strange between all those really knowledgeable people talking about IoC and stuff the likes of which I hadn’t heard of before. But, they explained it to me, and that was awesome.

One meetup followed another. And then one Day Darren asked whether I’d like to step up and help him organize the meetup. I did, and it was great. Well, actually Darren did most of the work, or reminded me what to do. But it was still great.

Then one day he said he’d step back! And there we were. Christian and I on our own. But it was great! We wanted the show to go on! So we did! And from there on the small user group prospered and grew.

And then one Day Darren again came around and asked me whether I’d like to go to a BarCamp he was organizing. So I said yes. And – BarCamp rule #1 – I had to do a talk. Me! Talk! In front of people! People I didn’t know! People that for sure knew much more than myself!

But it’s the rule. So I did it. And I still remember Talking about Zend_Form in front of Kore Nordmann and feeling like a complete idiot.

But I did it. And I realized that I actually was the one person in the room that knew the most about Zend_Form (OK, it was a small room!). I didn’t know everything. But I knew more than anyone else.

Without you both I would never have met all the awesome people I’ve met. Without you two I’d never have been able to find people and to write about a community I am thankful to be a part of.